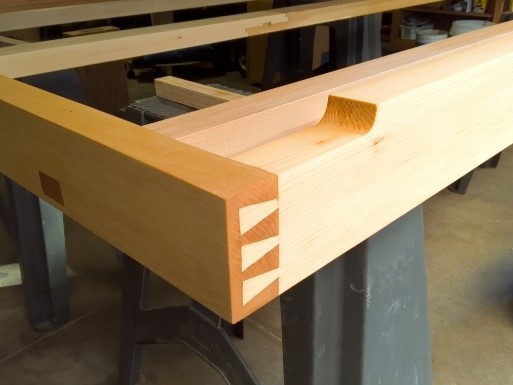 POST UPDATE November 2021: I have a followup post on the completed bed frame here.  Due to the growing interest and several questions about this project, I created a video series on how to do dovetail joinery on long workpieces.  You will find the first two videos in the followup post here.

One of the advantages to using collinear marking is that some old barriers fall away, opening the use of dovetail joinery to projects long considered impractical or impossible by applying Tailspin dovetail marking gauges. I began a project last summer that’s a perfect example…

I have been planning to replace my bed for the past few years. When I was up in the Adirondacks visiting with a friend two years ago I found out that the resort he manages, Elk Lake Lodge, had undergone some major renovations and they had taken down a few very old trees. I met Mike while staying at Elk Lake each fall for 10 or 15 years in a row. It is the most beautiful place in the High Peaks.

When he took me to the wood lot I was amazed. Some of the tree sections were too large in diameter to fit on the mill. He offered me what I wanted from a stack cut the year before and I went home happy with 2 boards 3” thick x 16” wide by 14’ long strapped to the top of the car. I had napped under those trees, now I’d build the bed from them.

Since I had never seen a bed joined with dovetails I decided to try it. I figured having to do a transfer on such long parts was the reason it’s not done. With Tailspin I have no such issue, so I cut my parts and laid out the joinery. I decided to go with half blind dovetails. The bed is queen-size, rails over 6 feet and footboard over 5. 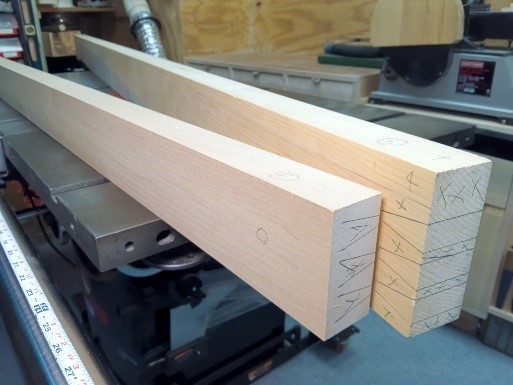 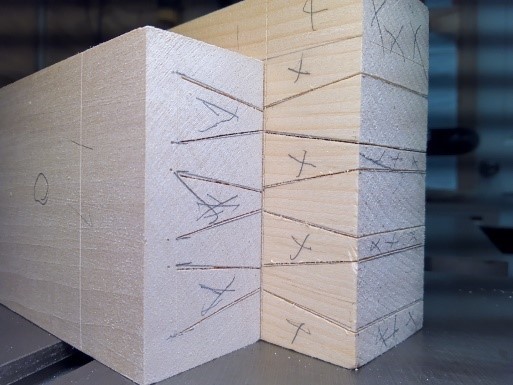 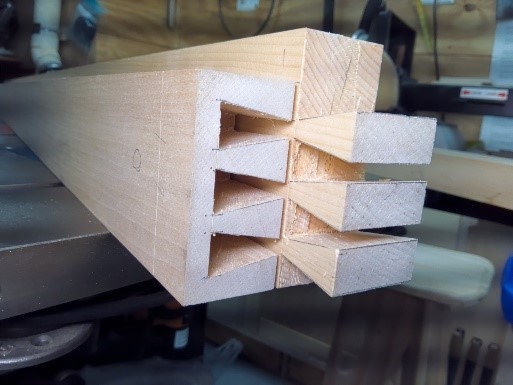 I laid out the joints using the same tools I use in the main video then cut the lines and removed the waste. The results were perfect. The photos below are the first time the two boards ever met at right angles to each other! 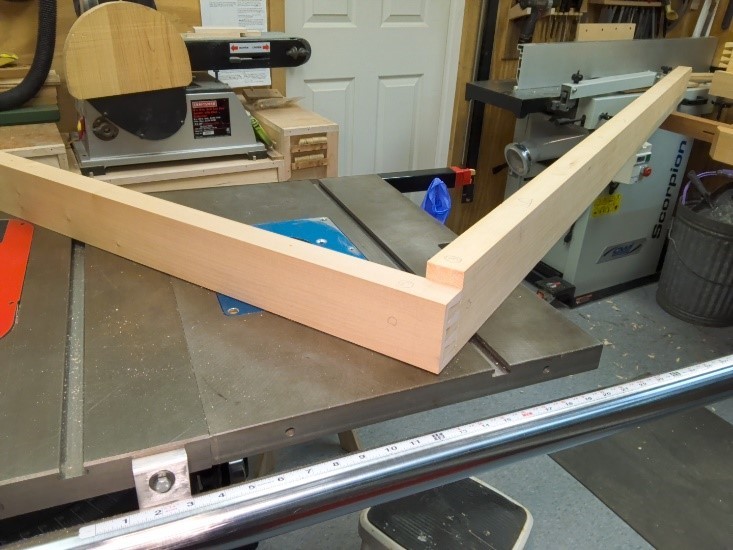 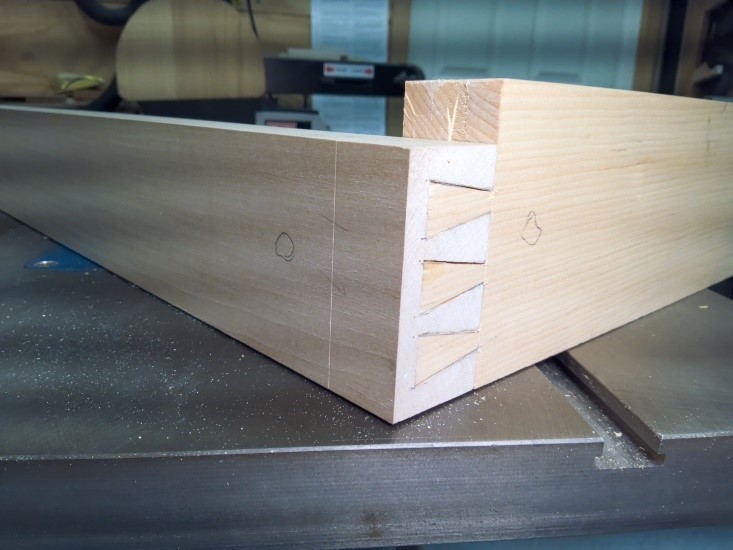 I called a friend to help with what was a rather daunting glueup. (Made worse the need to wear masks that fogged my glasses). He was one of my few pandemic contacts last fall. While we were working he told me about a video he saw from the North Bennet Street School where a large case was being dovetailed the traditional way and a large wide board was stood on top of another large wide board to mark one from the other. That video is here.  We agreed that we would have needed some very long clamps, and a very high ceiling or a very low workbench to manage that for the bed! 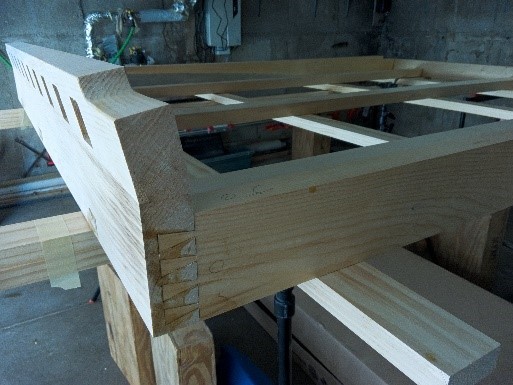 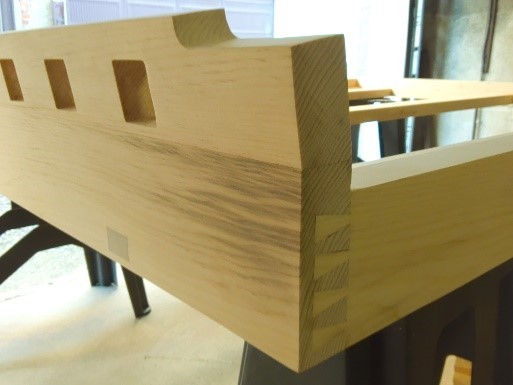 Unfortunately the assembled piece is too large to work on in the shop and the weather closed in fast. That first coat went on in early November and the garage is not heated. It is waiting for spring to be finished and brought inside for my next nap.

I did get to build the headboard this winter since it is a separate piece, and coopered to be a nice backrest for sitting up in bed with a book.